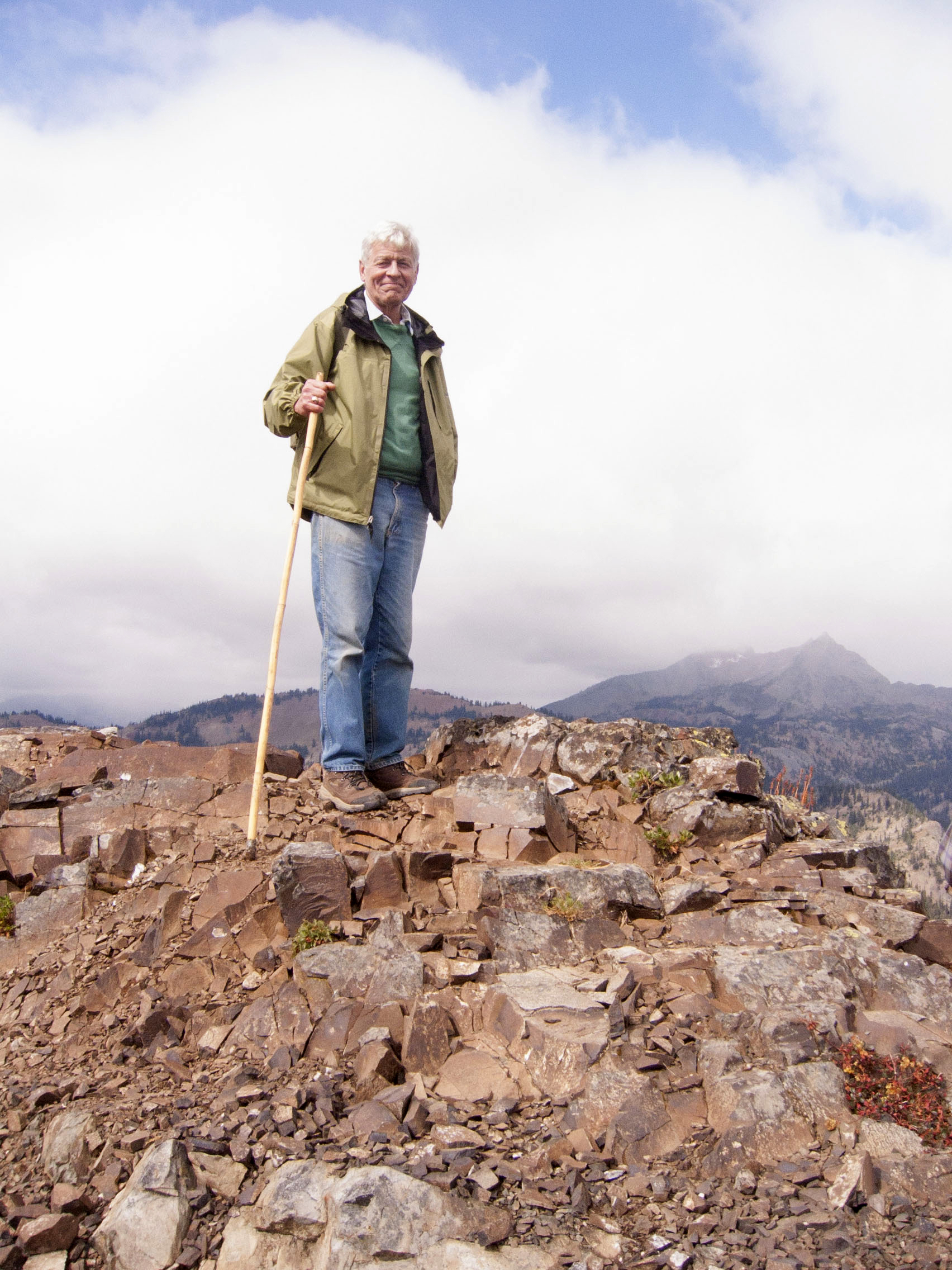 It is with great sadness that we announce the passing of our beloved colleague Richard Duke, who died early in the morning of February 19th after an 18-month battle with lung cancer.

Richard Alter Duke was born in Geneva, Ohio in 1937, earned a bachelor's degree at Kenyon College, a master's degree at Dartmouth, and a doctorate at the University of Virginia in 1965.

Richard published numerous papers in graph theory and combinatorics, many of them joint with Vojtech Rodl and Paul Erdos. Richard hosted Paul Erdos during his frequent visits to Atlanta, and thus enabled the Atlanta mathematical community to interact with one of the greatest mathematicians of all time. Richard lectured widely in the US and Europe, and held a visiting position in Bielefeld, Germany in 1991.

One of Richard's most important and lasting contributions to research and education in the mathematical sciences was his role in the founding of the ACO Program in 1991. He served as Director of the program until his retirement in 2006.

The Richard A. Duke Faculty Endowment was established in November, 2014, by a generous donation from Richard with the purpose of supporting faculty chairs in Mathematics, especially for mid-career faculty members. Prior to that Richard donated funds to establish the ACO Endowment Fund, but declined to have his name associated with it. The ACO Endowment Fund currently supports a prize for outstanding students in the areas of algorithms, combinatorics and optimization. Those wishing to make a gift in Richard's memory are invited to add to either endowment. Please see instructions to make a gift in memory of Richard.

Richard compiled a history of the first 100 years of Mathematics at Georgia Tech, 1888-1987, which is available on the School of Mathematics web site.

This list of Richard's mathematical, academic and philanthropic achievements only begins to convey his contribution to the Georgia Tech community. Richard was warm, generous, and inspiring. Several of his colleagues shared their thoughts:

"Jenny and I first met Richard Duke not as a Georgia Tech colleague but as an Ansley Park neighbor, one warm summer's evening almost four years ago over a glass of wine in the Ansley Dell. Welcoming and engaging, and eager to talk about Atlanta history and life, Richard's characteristic modesty forbade him from bringing up his many contributions to mathematics and to Georgia Tech, though I would have been eager to hear about them. Later, I would learn much about them from others, who spoke of Richard as a central colleague, the kind who brings a school together as a community. Through his leadership and presence on campus, and through his extraordinary generosity in establishing permanent endowments for program and faculty support, Richard Duke has done much to enhance the stature of Georgia Tech and the opportunities enjoyed by its community of mathematicians. We offer our sincere gratitude." (Paul Goldbart, Dean of College of Sciences)

"Richard was more than a colleague to me. He became a dear friend and I am saddened by his death." (Gary Schuster, former Provost and Interim President, Georgia Tech)

"Richard was generous to me with his insights about Georgia Tech all through my time as chair. We would meet for lunch so that I could fill him in on recent developments, but he always knew more of the lastest gossip than I did! We have lost a true friend of the School." (Doug Ulmer, current Chair of the School of Mathematics)

"I will always be grateful to Richard for his wise and thoughtful counsel during my years as School Chair. We have lost a friend, a colleague and a stalwart member of our community." (Tom Trotter, former Chair of the School of Mathematics)

"Richard (Dick to many of us in the early days) was quiet and unassuming, didn't seek the spotlight. Yet were it not for his leadership and focused drive, the ACO program might well have not gotten the traction needed to evolve into the elite program it became." (R. Gary Parker, Professor Emeritus, School of ISyE)

"Richard was an all-around wonderful human being, besides being one of the founding fathers (and the heart and soul) of the ACO program, and serving SOM and Georgia Tech in the utmost selfless, inspiring manner." (Prasad Tetali, Professor, School of Mathematics and School of Computer Science)

"Richard was a gentle soul, a wise person, and he liked to laugh. I have fond memories of many Fridays afternoon at Grumpy's, when he and other "older Faculty" made the School of Mathematics come alive for the young people of the time. A knock on the door was all that was needed to stroll across the street. It was simple, spending a few hours together was the reward. This was Richard style." (Luca Dieci, Professor, School of Mathematics)